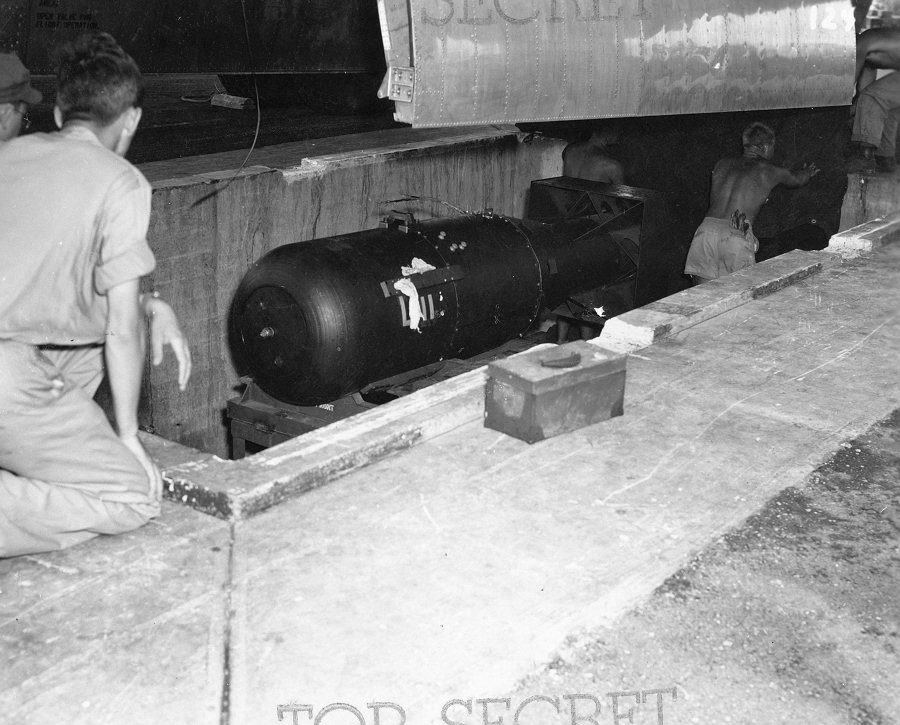 Little Boy was the first nuclear weapon ever detonated. It was used on Japan in August of 1945.

Many countries in the world have nuclear missiles. They were developed during the 1930s and 1940s. Nuclear missiles are explosive devices that get their name from the destructive force they create through nuclear reactions that either involve fission or a combination of fission and fusion reactions. Both reaction types release large quantities of energy from relatively small amounts of matter that are very deadly and can be very destructive. The first nuclear weapons were detonated over Hiroshima and Nagasaki in August of 1945, resulting in Japan’s surrender during World War II due to the devastating power of the bombs. Ever since then, controlling the proliferation of these weapons has become an important issue among nations’ leaders.

The Trump administration recently stated that it was suspending one of the last nuclear control treaties with Russia. “For almost six years, the United States has gone to tremendous lengths to preserve this agreement,” stated Secretary of State Mike Pompeo. “Russia has jeopardized the United States’ security interests, and we can no longer be restricted by the treaty while Russia shamelessly violates it.”

According to Vox, “the Obama administration blamed the Kremlin for testing a ground-based cruise missile in direct violation of the accord.” This event occurred in 2014, when it was revealed that Moscow was developing a new missile that would violate the range limits of the INF Treaty, which meant that Russia has continuously violated this agreement in recent years. However, Russia is claiming that the United States has also violated the agreement, which is something that the United States has denied over and over again.

The New York Times states that the Trump administration officials have made it clear that they are seeking a new strategy that would revive the treaty—but only if “all countries that now field such weapons are willing to curb or eliminate them.” This pact currently only applies to Russia and the United States. Although seeking a new strategy in an attempt to revive the treaty may seem like an excellent idea, it will take a long time and is an extremely formidable task. “It would require China, India, Pakistan, Iran, and North Korea to sign on to the same agreement,” the New York Times says. Some experts believe that exiting the Treaty was a mistake for the United States, and many new problems may arise. One example of this problem is that once the United States is completely out of the INF Treaty, Russia could develop even more ground-based cruise missiles than it has now. Vox explains, “Russia could openly and more quickly build up its arsenal—all while claiming the United States made it okay to do so.” Some experts also believe that this treaty isn’t much of a treaty if the United States is the only country abiding by it.

While there are those who claim that Trump made the wrong decision for the United States, others have their differing opinions. Some experts believe that the termination of this agreement was long overdue, and say that America should be able to have these weapons if other countries would violate this treaty and continue to build their own. Without the treaty prohibiting the United State’s ability to create its arsenal, the government can then openly create its inventory of weapons.

A European official said that what’s important is “what kind of sign you’re sending out. For us, this treaty was extremely important for our security.” There remains a glimmer of hope that in the future, a new possible nuclear agreement could arise and include more countries. “I hope that we’re able to get everybody in a very big and beautiful room and do a new treaty which would be much better,” President Trump said.