Loneliness: More Than a Feeling? 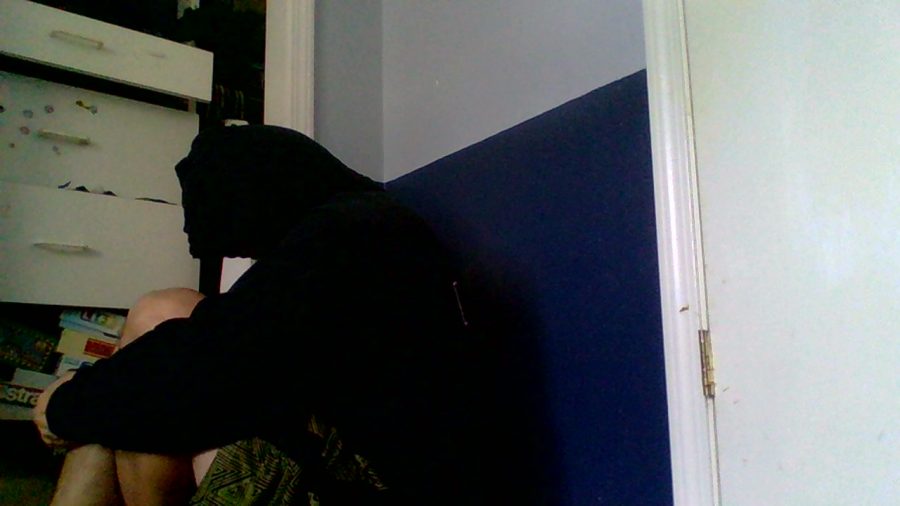 PHOTO COURTESY OF ALLEN LOOMIS. Loneliness is not just a feeling; it comes with serious physical side effects.

For many, social distancing and quarantining over the past few months has been a struggle. The loss of so many outdoor activities combined with no longer seeing friends or family have led many to suffer from loneliness. Being alone and loneliness may be linked, but have key differences that make being alone an inconvenience to some, and loneliness a health issue for all. There is more to loneliness than just being alone, and there is more that can be done to prevent it.

The Kaiser Family Foundation conducted a survey in 2018 which found that twenty-two percent of adults in the United States are struggling with chronic loneliness. It is a surprise that issues such as smoking get more attention when, according to the CDC, only thirteen percent of adults smoke, nine percent lower than the proportion of adults that struggle with loneliness.

Doctor and researcher Stephanie Cacioppo at UChicago Medicine defined loneliness as “a state of mind characterized by a dissociation between what an individual wants or expects from a relationship and what the individual experiences in that relationship.” Dr. Cacioppo is careful to point out that being alone is not always enough for someone to feel lonely. For instance, someone who decides to stay home from prom in favor of binging Netflix may be alone, but may not experience loneliness because they expect to be alone. However, someone who decides to go to prom but ends up socializing with the chips and dip instead of other people may experience loneliness because that is not what was expected. People may consider loneliness an isolated incident, but Dr. Cacioppo also remarks that loneliness is contagious. Elden Projects takes a slightly different angle by comparing loneliness to a trigger, akin to hunger. Hunger lets the body know to eat, loneliness lets the mind know to interact. However, the steps people take to satisfy these two triggers are very different.

Loneliness may be a state of mind, but that does not mean it is “all in your head.” Loneliness can cause severe mental and physical health hazards. As Dr. Cacioppo explained, loneliness, “makes a person irritable, self-centered, depressed and is associated with a 26 percent increase in the odds of premature mortality.” The United States National Health and Human Services Department posted research highlighting how loneliness increases the risk of “high blood pressure, heart disease, obesity, a weakened immune system, anxiety, depression, cognitive decline, Alzheimer’s disease, and even death.” Sleep is also affected by loneliness, as a chemical called cortisol is often produced when someone is lonely. This chemical can make it hard to fall asleep and equally hard to stay asleep, as it increases the tendency to wake up in the middle of the night. Scientists believe that this trait helped us stay awake at night when we were concerned with predators and other threats during prehistoric times, but nowadays it has led the effect of isolation on mortality to be four times larger than that of obesity. The Holt-Lunstad study, conducted in 2015, showed that being severely lonely had similar health effects as smoking fifteen cigarettes a day.

On an NPR Hidden Brain podcast, Dr. Vivek Murthy stated that  helping people who experience loneliness is difficult because people who are feeling lonely are often embarrassed or ashamed of their feelings, and in turn do not want to reach out, becoming locked in a perpetual cycle of loneliness unless they do something to break out of it. Experts such as Dr. Murthy have studied loneliness and how to break the cycle. One suggestion is to start small. Simply forcing a smile (although it may be a challenge) and greeting passerby while walking in the neighborhood is a great way to combat loneliness.  A good next step is some form of service. Dr. Murthy is careful to point out that when people say service, it often conjures up an image of volunteering at a soup kitchen or other nonprofit. Although volunteering is a great thing to do in general and to fight loneliness, service can be as simple as checking in on a friend, getting groceries for an older neighbor, or asking a fellow classmate or coworker how their day was.

Many people also want to help loved ones who are struggling with loneliness. The best thing a friend can do is listen with full attention to those who wish to speak up about their struggle, and even encourage those who may not wish to speak. Breaking the negative feedback loop of loneliness and spending some amount of quality time with a friend is crucial. Reaching out can make all the difference. If you or anyone you know is feeling lonely or suffering from loneliness, below are some resources: