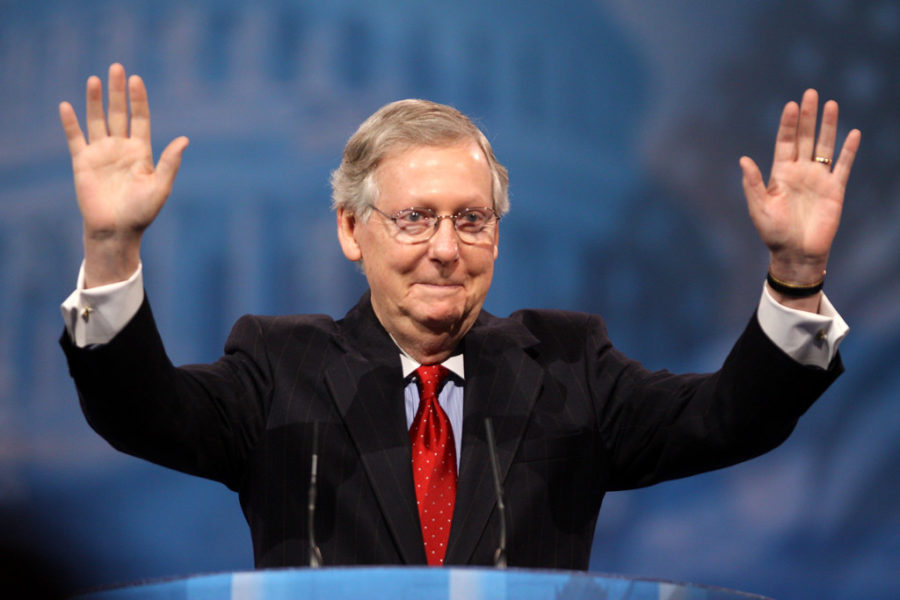 Across social media platforms and news channels, there is always some senator, congress representative, or governor who loves to hoard the screen after doing something controversial. While many of these politicians share similar characteristics such as supporting Former President Donald Trump (big red flag), rejecting abortion rights, or being a part of the Republican Party, they all display their infamous opinions through different actions. In no particular order, the following list consists of problematic politicians in the U.S:

Texas Senator Ted Cruz went viral on all platforms of social media in February for leaving his state in the midst of a power crisis to have a family vacation in Mexico, according to CNN Politics. His response to the backlash was that his “daughters had asked to take a trip and he was trying to be a good ‘dad’.” How heartwarming that his daughters got more attention from Cruz than the residents in Texas who were knee-deep in food crises, water-pipe bursts, and other issues caused by crumbling infrastructure! Besides not doing his job as a supposed “civil servant,” Ted Cruz is strongly opposed to abortion rights and pushes legislation to defund Planned Parenthood, according to ISideWith. He has publicly stated that he “opposes abortion for victims of rape and incest.” In this ignorant and unempathetic statement, Cruz manages to disregard low-income families who will not be able to properly cater to their children’s growing needs and instead provide them with a life of struggles. Once again, Cruz displayed his ignorance for the nation’s needs through his rejection of the COVID Relief Bill and Anti-Asian Hate Crimes Bill, according to The Texas Tribune. Along with being a Trump Supporter, Cruz manages to worsen his track record by having a fixed position against the welfare of his nation.
Former Governor of South Carolina and U.N. Ambassador Nikki Haley claims to be a friend of Trump and conversed with him when he called out voting fraud during the presidential election. According to Politico, when Haley was asked about her perception on Trump’s fallacy about the election results, she replied, “That would be like you saying that grass is blue and you genuinely believing it. Is it irresponsible that you’re colorblind and you truly believe that?” In other words, she was stating that Trump should not be held responsible because he truly believed that he had won the elections. This analogy even shocked the interviewer as its magnitude was incomparable to Trump’s delusion. Haley continued on to make another senseless remark that his people were not telling him the truth even though Haley herself had a great opportunity to tell him.  In terms of civil rights, she believes that “America is not a racist country; it’s a work in progress.” This is extremely disappointing to hear from a woman of color, especially since the marginalization of Black Americans has been rampant for centuries.
Senate Majority Leader Mitch McConnell is often considered to be worse than Trump because of his controversial actions, one of them being his refusal of taking up 395 House Bills that were sent to the Senate which included enacting gun control and increasing wages for American workers. After numerous shootings in our nation, McConnell does not want to enact background-check legislation for gun-sales. Because of this, House Speaker Nancy Pelosi named him the “Grim Reaper” for disregarding the bills that were sitting in the “legislative graveyard” as he took over the Senate, according to newsweek. Moreover, McConnel enacted a “$2 trillion cut for the big corporations and wealthy” without a hearing which ended up bringing no change to wages, according to Robertriech. With McConnel blocking all of the nation-wide issues, it is impossible for the country to progress in the right direction with him as the Senate Majority Leader.
Last but not least (by any means), Former President Donald Trump had everyone at the edge of their seats during the 2020 presidential election. Despite losing by seven million votes against President Joe Biden, he continued to insist that there was voting fraud involved in the election of his opponent, although there was no evidence to support his claims. According to the Washington Post, this was not the only false statement he made, as there were 29,999 other false statements that were recorded in his entire presidency. Racist, Islamaphoic, white supremacist, and irrationality are just a few terms to describe Trump, however, his latest fiasco put the cherry on top of his disastrous presidency. After losing the elections, his sportsmanship was non-existent as he encouraged his supporters to riot at the Capitol which killed five people, left many people injured, and stained the history books of the U.S..

America needs to do better at electing our representatives as our progression will be heavily delayed by these ignorant and partisan politicians.