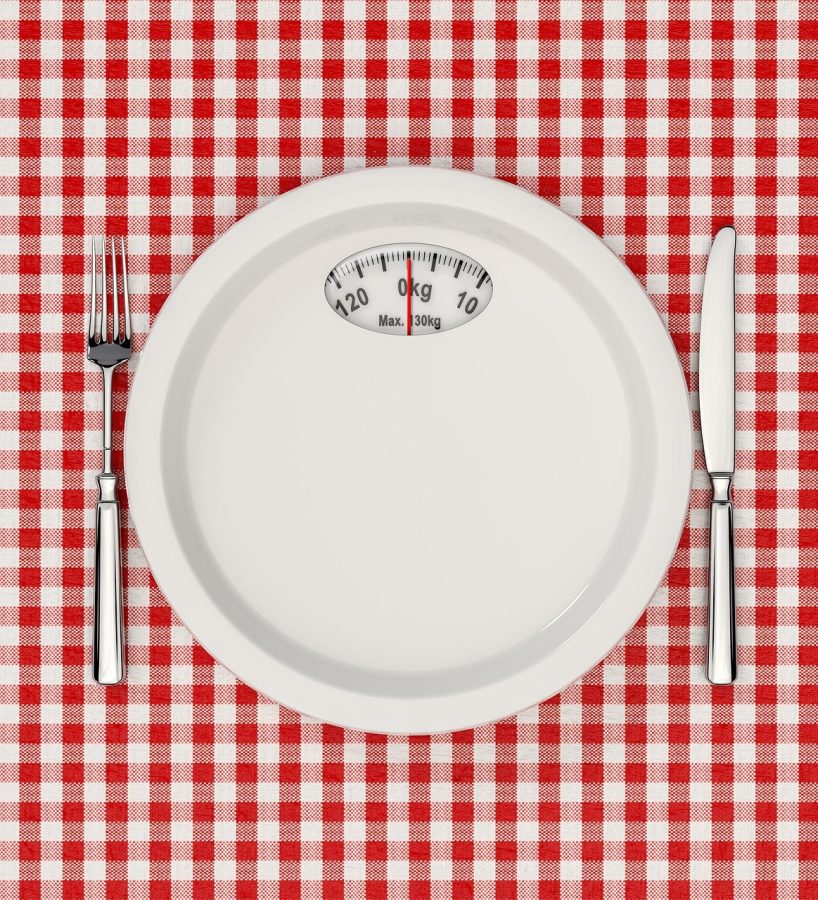 Toxic trends in social media inspire feelings of self-doubt and guilt in relation to food and body-image. Courtesy of Gino Crescoli via Pixabay

Due to the inevitable rise of social media, it comes to no surprise that most kids and teens have become addicted to their communication devices and the attention surrounding their posts and their friends’. Although many people have differing opinions on the benefits and drawbacks of this new technology, some have directed the public’s attention to the negative psychological effects it can have on their mental health. Namely, the positive portrayal of diet culture through the years, and the influence it can have on adolescents’ perception of their bodies.

When scrolling through social media apps, such as Instagram, users might come across ten or eleven “perfect” individuals with the most admirable features and the ideal body. It might be easy to ignore the jealousy at first, but after repeated exposure it becomes hard for such young people to not react to the highlight reels portrayed on the internet. Some of these influencers, especially the ones emphasizing healthier lifestyles, post “What I Eat In a Day” videos or “My Diet” clips. Even though they might not always be aware of the damage they are causing, it’s easy for users to fall prey to the harmful diets that might not work for everyone who tries them.

Talia Maizels, a 22-year-old from Essex, mentions that she often felt obligated to omit the unhealthy snacks she ate during the day when recording her “What I Eat in a Day” Youtube videos. She goes on to say that “I feel like I kind of built up this, like, healthy image for myself, so then you don’t want to go against that”. For viewers who are unaware of her modifications, they might feel pressured to make drastic dietary changes that might pull them away from their body’s needs and caloric requirements.

Eating disorder experts have spoken about the damage these types of videos can cause, and psychologist Alison Chase explicitly states her stance on the situation: “[the clips, no matter how short] can set the viewer up for unrealistic expectations and lead to disordered behaviors.” This content traveling around the internet may be the most recent form of negativity on social media, the stigma surrounding diet culture has always been an issue in some way, shape or form.

A 2015 study shows that there were approximately forty thousand people on the internet that searched for 1,200 calorie meal plans on Google every month despite scientific research showing that this number falls within the realm of clinical starvation. Additionally, aside from causing struggles with eating, research has shown that the unrealistic diet culture standards can cause more facial editing and higher overvaluation of shape and body type. In a time where people have easy access to the internet, and various social media platforms, the issue is only bound to get worse as society progressively becomes more reliant on the web.

The only way that the issues can be resolved, and the rise of problems such as disordered eating and body-image struggles plummet downward, is if social media platforms and internet websites make an effort to restrict or modify the content they allow influencers to release. Platforms such as TikTok and Snapchat have already made efforts to remove these predicaments, even going as far as to release disclaimer warnings on the #whatieatinaday hashtags. When using platforms such as Google, the first few links that come up are national hotlines readily accessible for those who are struggling to use. With further development of these restrictions, and more thoughtfulness on the content they are releasing that could harm others, both social media platforms and influencers could significantly decrease the body-image and disordered eating patterns their content might inspire.